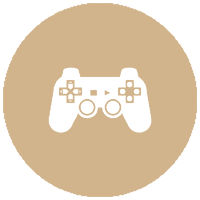 We understand one of the first questions players might have about Selene is how the gameplay compares to other servers out there. The answer to this question is not trivial and requires the player to try and "feel" the game as it is very different from any previous maple experience you have had before. We would describe Selene as challenging; however, in a different way than one might expect. The challenging gameplay stems from having players feel a sense of new experience with Selene, similar to how one felt exploring Maple for the very first time. This is a result of having changes made to core gameplay mechanics that have never been attempted before in other servers due to technical limitations. # What rates to expect? The rates for Selene are not going to be as simple as labeling '4x' or '8x' due to the various features we have in store for the game. For starters, we believe all rates should remain in their original form while having the different aspects of the game tweaked individually, as while implementing flat rates balances gameplay to an extent; it also creates an imbalance in other areas. For example, Maple Island was designed well to get players through their first few levels. However, subsequently, levels either pass by too soon or feel too long and unbalanced. (Did you know getting from Levels 1 to 187 in classic Maple required the same amount of EXP as getting from Levels 187 to 200?) One advantage of building the game from scratch and bypassing client limitations is the ability to change the EXP table as opposed to merely increasing or decreasing rates. As a result, we will be testing a new EXP table that progressively gets harder with every level, however not as much as the original table. ![Selene Alpha EXP table](https://i.imgur.com/VLlBXpV.png) Please note that the table above is not final and could be tweaked further based on the reviews we receive from the community during the alpha/beta testing phases. Additionally, we also have the ability to change the surrounding environment, such as individual mob EXP, where it feels wrong or implement Party EXP bonuses. Therefore simply looking at the EXP table or rates for Selene would not paint an accurate picture as to how easy or difficult gameplay would be and thus cannot be used to compare with other servers. # What about mesos and drops? Mesos and drops will be discussed in a different feature post about the economy. In short, you can expect a challenge there as well - We have quite some interesting ideas on how to make the economy much more interesting and relevant. # What's different? To those who are worried and think that these rates are too low or too high - we can't stress enough that, once again, this is what we will be going for in Alpha along with changes to individual EXP rewards of certain mobs, quests, party quests, etc. That's not all, numerous changes to core skills should change the way the game feels and the pace completely, which is why this table is not final and is only relevant for Alpha. There will also be some changes made to bosses in efforts to make them more relevant in terms of EXP and other rewards. This includes making certain bosses relevant at an earlier level than what they usually are. Fret not. A more detailed 'Rebalanced Bosses' feature post will be made available soon enough! # What is the maximum level one can achieve in Selene? At launch, Selene will have a Level 200 cap. We do however intend to release new areas in the future, some of them designed for levels beyond 200. We believe there are certain levels that have no good training options available currently and intend to work on them prior to moving on to content for levels beyond 200. The level cap would eventually be raised to 250. Some of the new areas that are planned for are ready and will be introduced as part of the ‘New Areas’ feature card soon. # Will I be lost in all these new changes introduced to Selene? Not necessarily, as we intend to be as clear as possible about the changes made through the use of the different feature cards on this website. You can also expect in-game tutorials, alerts, and more to add to your gaming experience. That said, feeling lost is part and parcel of having fun exploring any game. Selene is an ambitious project that aims to break the mold from the standard pre-Big Bang server, filled with changes to improve game balance, remove tedious mechanics outright, and include a more diverse end-game experience.